Skoda expands its full-electric lineup with the Enyaq Coupe

The Enyaq Coupe is Skoda's second model based on the MEB electric platform after the more traditionally styled Enyaq.

The Enyaq Coupe is part of Skoda's plan to move the brand upmarket after years of targeting more cost-conscious customers.

Skoda has unveiled the Enyaq Coupe, the second model from the Czech brand based on the Volkswagen Group MEB electric platform.

The model follows the more traditionally styled Enyaq and is a break from conservative design for Skoda with its curving roofline. Skoda currently targets more practical segments such as SUVs, hatchback and wagons.

Skoda's CEO, Thomas Schaefer, said during the launch of the car, that the new EV combines "emotion and efficiency," adding that the crossover offered "Skoda-typical generous amounts of space in an elegant body."

Skoda is targeting a more affluent market with the Enyaq Coupe than that of the standard Enyaq by offering different styling detailing and unique trim lines.

The model will become Skoda's first electric car to be sold with the brand's sport RS (vRS in the UK) offered on the Octavia and Kodiaq combustion engine models. An RS version of the standard Enyaq is due later this year.

The brand says it is ready to move upmarket after years of targeting more cost-conscious customers.

"The image of the brand has improved across Europe, we are not the brand of the old jokes," Martin Jahn, the brand's sales and marketing boss, said during an online interview with journalists.

"This will be most expensive model in our lineup, but even for this price tag the car is still good value for money." 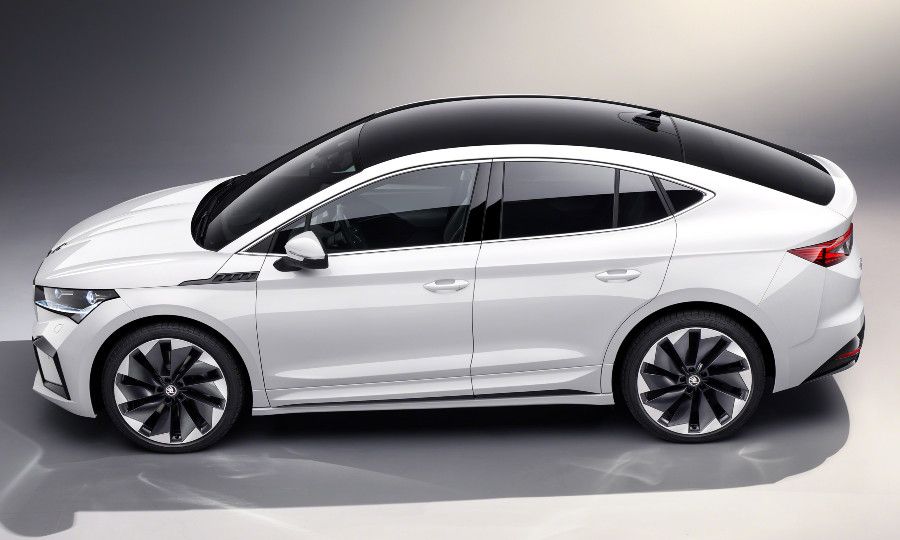 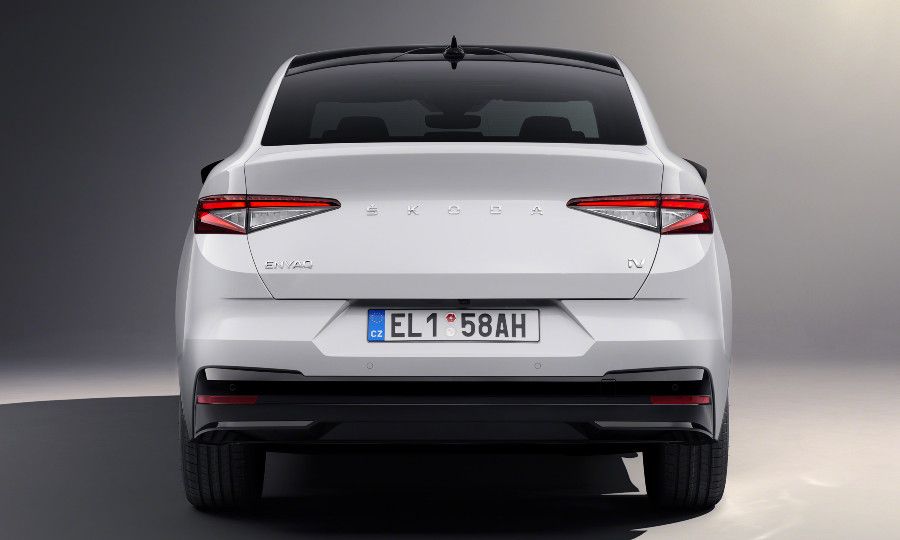 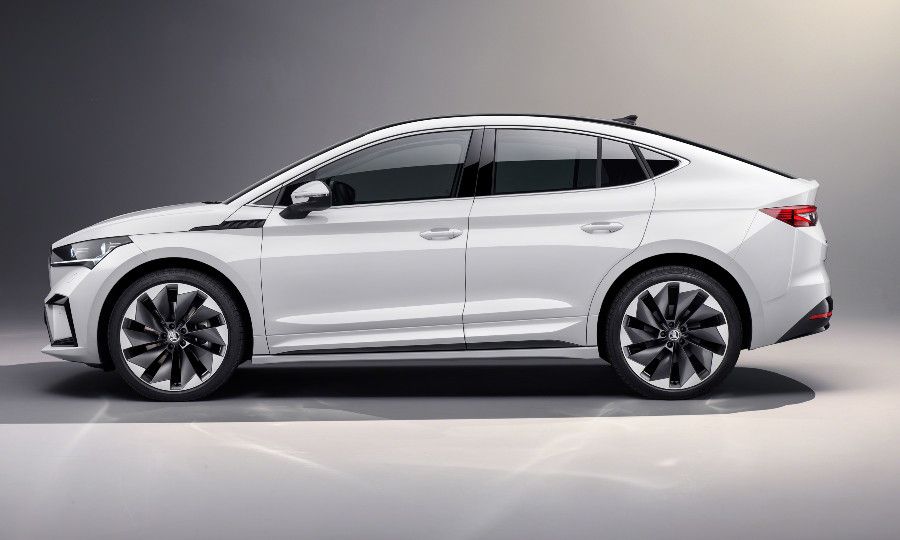 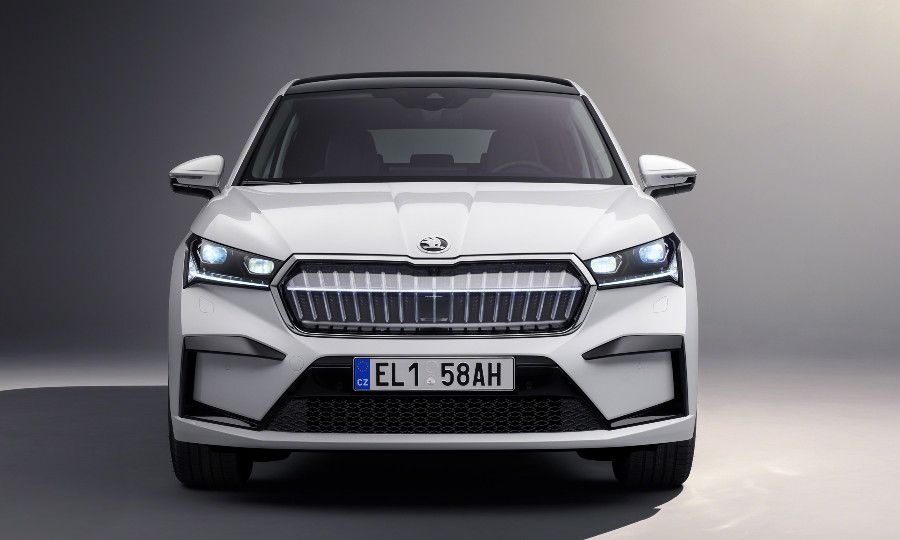 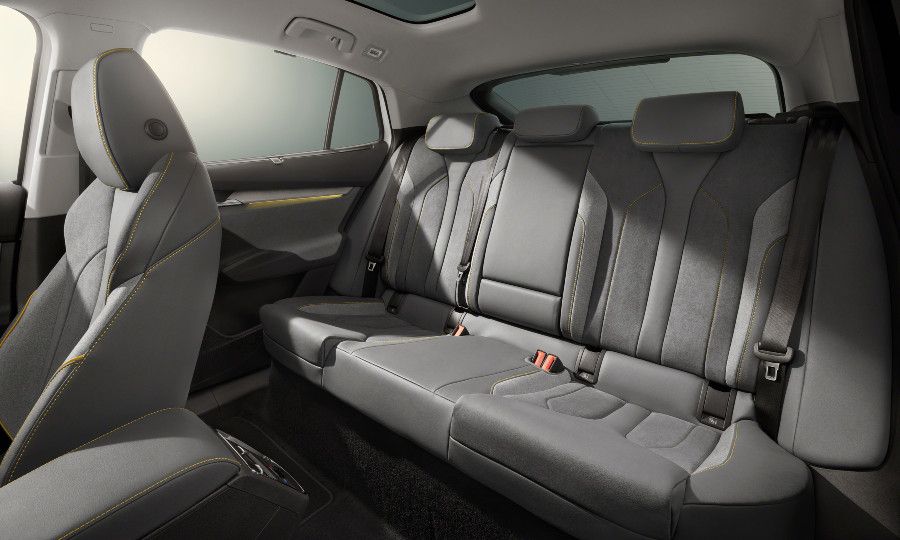 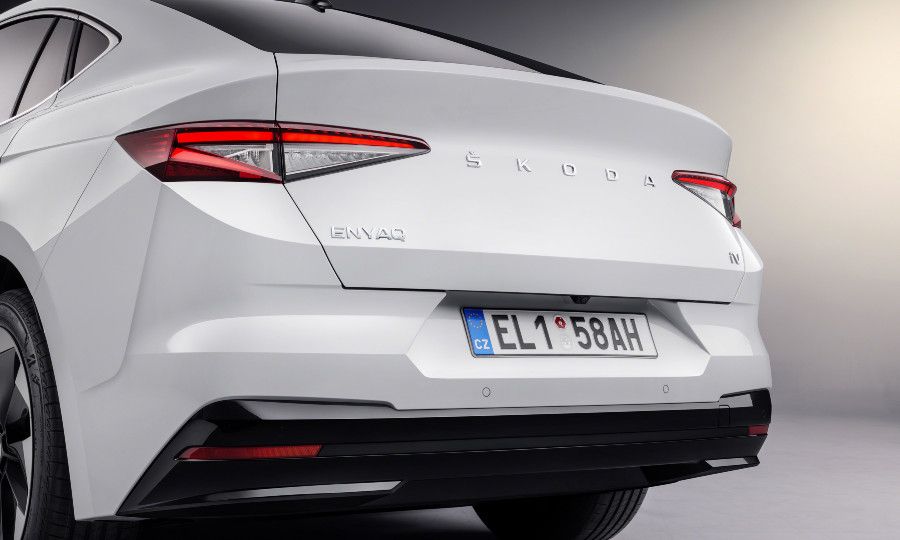 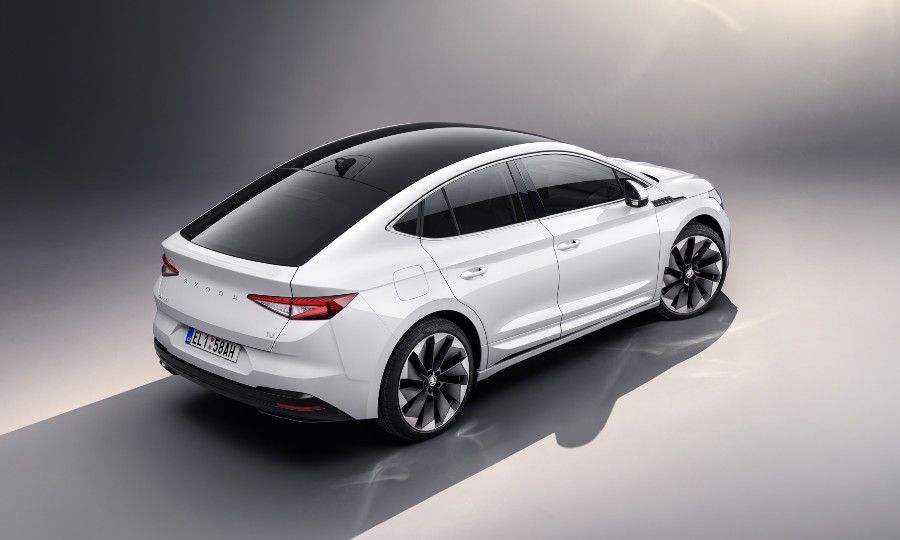 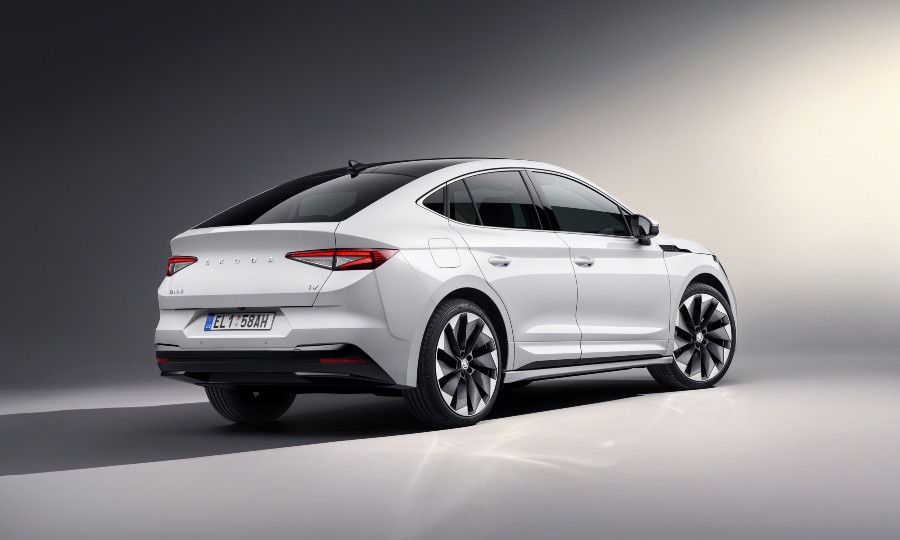 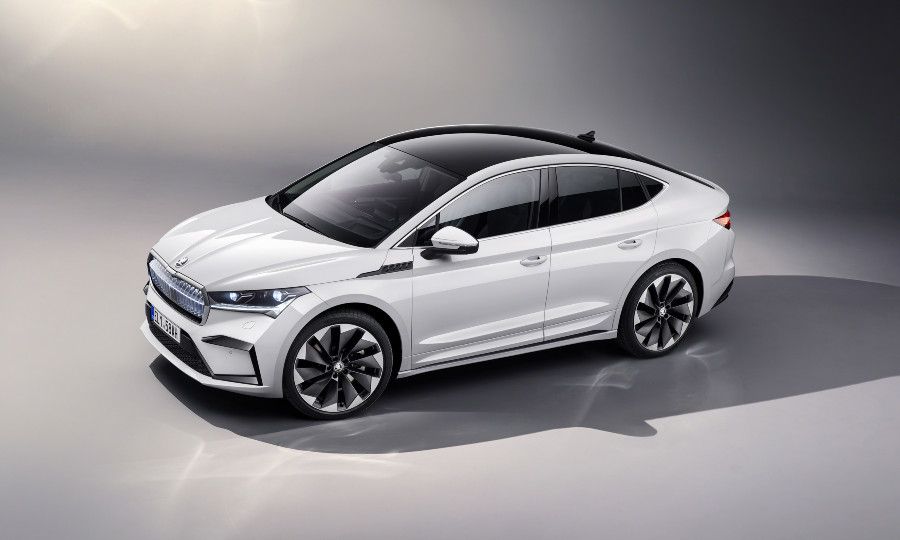 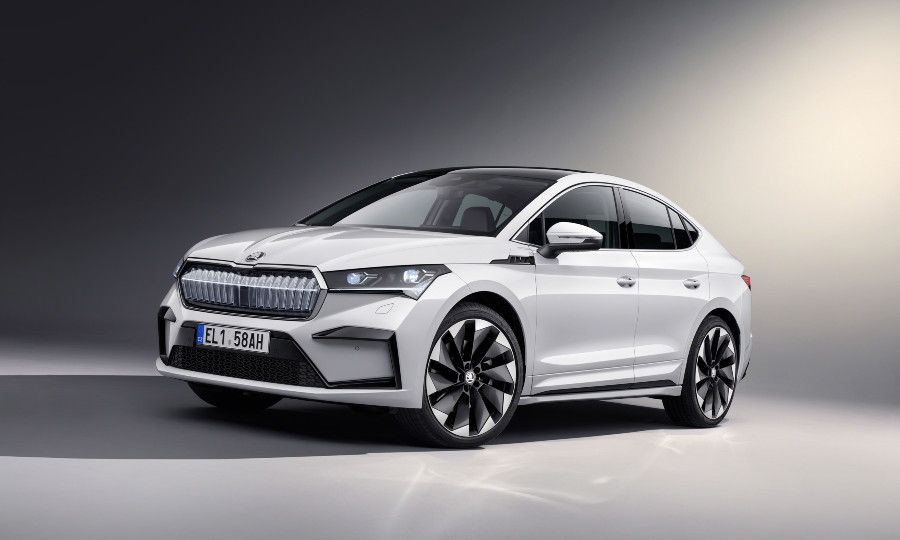 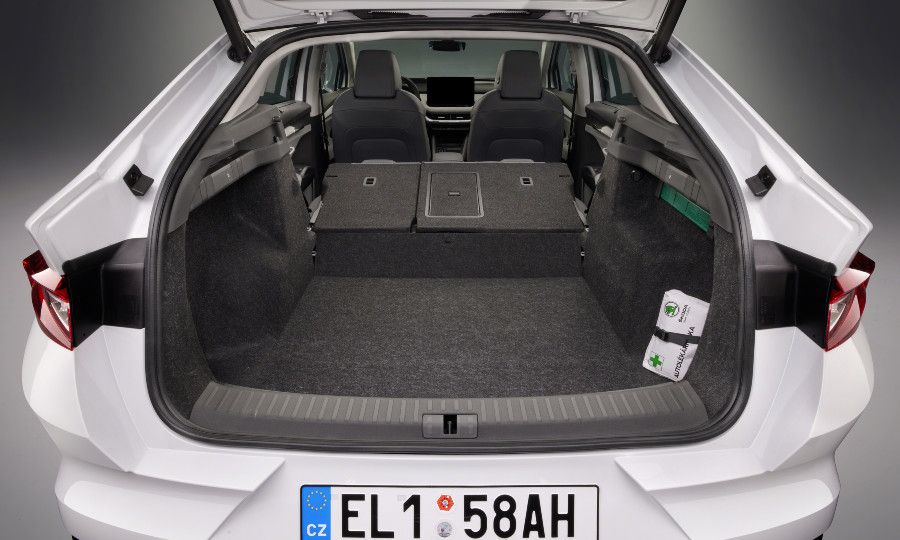 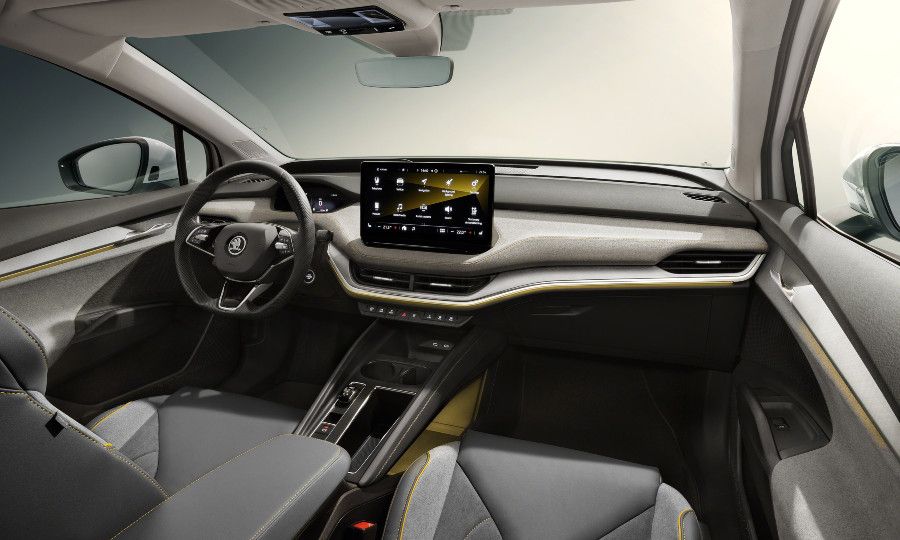 The coupe will not offer the Enyaq's entry 52-kilowatt-hour battery pack but starts with the bigger 58kWh pack. In some markets, for example the UK, the range is restricted to the largest battery available for MEB-platform cars at 77kWh.

The base power level for the rear-wheel drive iV 80 is 201hp, while the all-wheel-drive iV 80X and vRS models add a second motor to increase power to 261hp and 295hp respectively.

Range is a maximum 545 km (339 miles) in the standard iV 80 model, an increase over 529 km in the standard Enyaq 80, a rise that Skoda attributes to the better aerodynamics of the coupe shape.

The coupe's claimed trunk space at 570 liters is only slightly smaller than the 585-liter space in the standard Enyaq. Skoda says the rear seat headroom is also equal to that in the brand's best-selling Octavia compact wagon, despite the angled rear screen.

The car's styling is heavily based on the Vision iV concept shown in 2019.

The car keeps the same light strip along the front grille available as the Crystal Face option lit with 131 LEDs. The car also keeps the standard 13-inch central screen from the Enyaq. The screen is operated either by touch, a touch-slider, gesture or voice control, and the information is supplemented by an additional 5.3-inch screen in front of the driver.

Skoda will make the coupe alongside the Enyaq at its plant in Mlada Bolesav, Czech Republic. Skoda's production strategy differs from that of Seat's performance brand Cupra and Audi, which are making their MEB cars at VW's lead EV facility in Zwickau, Germany, alongside the VW ID3, ID4 and ID5 crossover coupe.

Skoda expects full-electric models to account for 50-70 percent of sales in Europe by 2030 "depending on market developments," Schaefer said.

EV transition puts over 70,000 jobs at risk in Italy, unions and lobby say